A VPN – short for “virtual private network” – is a service that usually comes as a software application you can install on your computer and mobile devices. Today, more and more people are adopting VPNs as an must-have solution for improving online privacy & security, unblocking restricted websites and for streaming content without hassle.

But finding a genuinely good VPN can be tricky, as the market if flooded with apps – some great, others terrible. Yet most claim to be the fastest, most secure or cheapest service. Worse still, many self-dubbed ‘VPN experts’ will recommend services without testing or researching them.

We have. So without further ado – here are our picks for the very best VPN services to buy.

We’ve been reviewing VPNs since 2012. During this time we have tried out a product or two.

With thousands of hours spent on rigorously testing and carefully researching each service, we want to make sure you get accurate insights and real value for money.

Here’s our full analysis and summary on which VPNs we think are actually worth paying for this year.

VPN.ac is a bit of a gem. Why so? Truth be told, it’s a lesser known provider than some of the household names you’ll see mentioned in this guide.

But, we’ve tested this niche service many times over the years, and are confident it brings everything you would expect from a quality VPN to the table.

Starting with privacy and security – the company operates out Romania – a jurisdiction known for its privacy-friendly laws. While the majority of its fellow EU members have local data retention laws, Romania voted it as unconstitutional.

VPN.ac does not store any traffic logs related to your browsing activities, and is fully transparent about its one-day connection log policy for service upkeep. 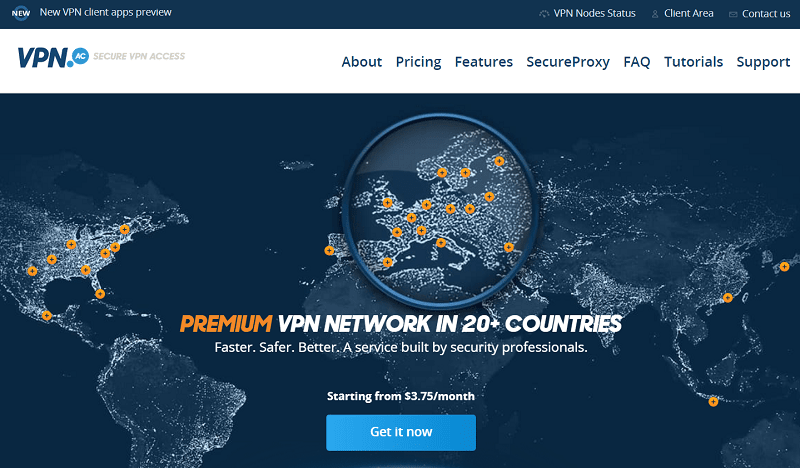 Furthermore, VPN.ac is run by credible security experts who boast ‘over 15 years of experience in security and networking’. Which explains why – for a smaller company – it offers outstanding and innovative security features like AES-GCM 256-bit encryption with Elliptic Curve, obfuscation and XOR – for restrictive networks, Wintun driver support and custom DNS resolvers, to name but a few.

Thanks to its early support of the emerging WireGuard, you’ll get lightning fast connection speeds. And our own VPN.ac speed tests show just that, with download speeds reaching up to 319 Mb/s (using a 500 Mb/s connection).

Overall, this VPN’s performance is extremely reliable, and you’re unlikely to find yourself seething over unexplained, intermittent disconnections.

VPN.ac has easy-to-use apps for PC, Mac, Android, iOS and Linux. Likewise, if you subscribe, you’ll get access to its secure proxy available as an extension for Chrome, Firefox and Opera browsers. One drawback, however, is that to run VPN.ac with WireGuard you’d have to spend a little time initially to configure the actual WireGuard VPN client, as the protocol isn’t yet built in to its own apps.

The service works perfectly with Netflix and other popular streaming services and platforms like Amazon Fire TV. And if you need a VPN that allows torrent traffic, you can make use of the special P2P-designated servers.

Perhaps the best aspect of VPN.ac is that its user base isn’t as large as you’d find with some of the more well-known providers. This means you’ll encounter less issues with ‘dirty’ IPs and security CAPTCHAS when browsing the web.

Lastly, although it can’t boast offering live chat support, you can be sure you’ll get prompt and helpful technical help by email. More often than not, we’ve found this type of support to be way more helpful than the generic copy/paste responses you’d usually receive from live chat support agents with larger providers.

If you already have some familiarity with VPNs, you’ve probably heard of NordVPN.

We tested this product and its features exhaustively to really understand just why it has become so hugely popular. Sure enough, we found this VPN really does walk the walk to back up the talk.

For starters, NordVPN is the fastest VPN service we’ve tested to date. Using its built-in WireGuard support – branded “NordLynx”, we clocked peak download speeds of 340 Mb/s over a 500 Mb/s baseline broadband connection. These speeds really do mean you won’t notice any drop-off when using this VPN.

NordVPN’s simple apps and browser extensions make it a great tool for changing your IP address and with it, you virtual location. And with more than 3,000 servers across 30+ countries, there are more than plenty locations to choose from.

We tested it with streaming services and platforms like Netflix, Amazon Fire TV and BBC iPlayer, and found it works perfectly for unblocking geo-restricted content.

Torrenting is allowed through P2P-dedicated locations.

In terms of privacy – NordVPN is a confirmed zero-log service. In other words, it does not log your traffic data, neither does it keep any connection logs that would identify you as a user. These claims have also been verified by multiple, independent audits

Overlapping with its air-tight privacy credentials are NordVPN’s security stack and features. For OpenVPN connections, it implements top of the range AES-256-GCM encryption. For WireGuard, NordLynx connections, it uses the ChaCha20 cipher.

On the user-end, there are a bunch of advanced security features you can make use of including the standard internet kill switch, custom DNS resolvers, OpenVPN stealth mode, multi-hop connections as well as NordVPN’s ad-blocking tool – CyberSec.

NordVPN also enables “Onion over VPN”, which, in addition to encrypting your traffic through a VPN tunnel, routes it through the highly secure Tor network.

For any troubleshooting, you have the option of 24/7 live chat and email support. And, of course, there are lots of useful guides and tutorials available on the NordVPN website.

Surfshark is a relative newcomer to the VPN market. But since launching in 2018, the British Virgin Islands-based service has rapidly risen in popularity.

The most striking aspect to us about Surfshark is just how fast this VPN has become a true high-end privacy toolkit. Judging by just the size of its network (1,700+ servers in 60+ countries), you’d be forgiven for thinking this product has been around for much longer than it has.

And if you look closer at its entire feature set, you’ll quickly see why this provider is at #3 in our list of best VPN services. 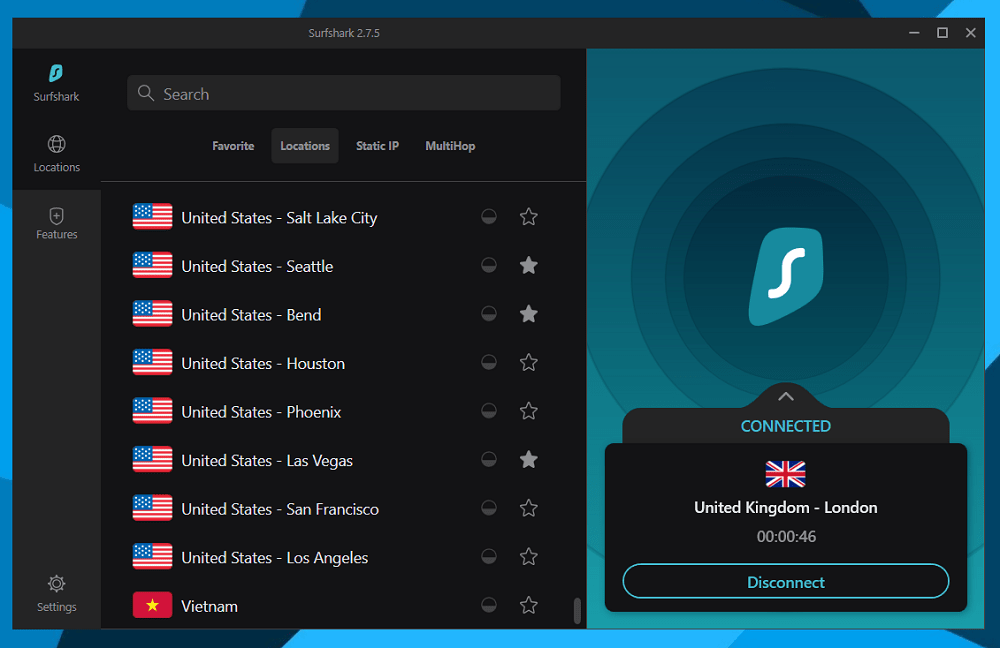 Surfshark’s intuitive VPN apps make it very easy to use across a range of devices, be it PC, Windows, Mac, Android and iOS. Or, for the more advanced users – it’s fully compatible Linux systems as well as flashed routers. Plus, you’ll get access to its Chrome and Firefox browser proxy extensions.

It offers very good connection speeds – up to 264 Mb/s in our tests, which makes it perfect for enjoying streamed content. And on this topic – Surfshark works perfectly fine with streaming services like Netflix, Disney+, Hulu and others. It also has its own Amazon app for quickly configuring the VPN on Amazon Fire TV sticks.

Surfshark likewise doesn’t lack anything in privacy & security departments. The company operates with a no-log policy, reinforced by the fact it runs its VPN network on 100% RAM servers. Additionally, it’s registered in the British Virgin Islands – a jurisdiction typically regarded as a ‘privacy-haven’ as local laws don’t require digital companies to retain user logs, and is also outside of the ‘5/9/14 Eyes’ surveillance alliance.

There are lots of great privacy feature to optimise your VPN connection with, including the kill switch, IP leak protection, OpenVPN obfuscation, multi-hop connections as well as the built-in ad/tracker/malware blocking feature – CleanWeb.

Surfshark is one of the few VPNs to allow unlimited connections per account. Though, of course, this will be based on fair use guidelines.

Price-wise, it offers the cheapest deal out of all the recommendations you’ll find in this guide.

Other VPN companies worth mentioning